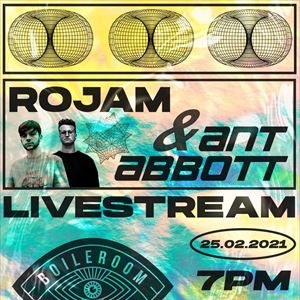 The Project: ROJAM with The Boileroom

ROJAM is a House, Dance and Electronic Producer and DJ, smashing his way onto the scene with his unique house tracks. Born and raised in Guildford, ROJAM began music production in 2018 after he was inspired by artists such as Calvin Harris, Jax Jones and Will Clarke. Before he started producing music, he had been DJing at events for several years but never thought of producing his own music. He now studies at the Academy of Contemporary Music where he is hoping to make lots of connections and develop his unique sound. ROJAM’s most successful release so far is his debut album ‘Loud’ which was released in July 2020. He has since attracted the attention of publishing companies and labels, who he is currently working with to release in the near future.With regular releases last year, he decided to start ‘The new era of ROJAM’ at the end of 2020. It began with one of his latest tracks ‘Down’ being created to get people dancing again and to look forward to 2021. ROJAM started talking to a London based producer called Ant Abbott in the summer of 2020 and later in the year they released ‘Down (Ant Abbott Remix)’ which has already been played out in some live-streamed events, such as Music Box Radio UK and DJ Taxi UK. Since the summer of 2020, ROJAM and Ant Abbott have started making new music which is planned to be released in February 2021. https://www.instagram.com/rojamuk/?hl=enhttps://www.facebook.com/Rojamukhttps://open.spotify.com/artist/374CubvGXUE7PshbTIHbiz?si=eXdFWMdYQu2Tdnm8Hs9cIAhttps://linktr.ee/ROJAM Ant AbbottBorn and raised 5 minutes from the thundering vibrations of Fabric nightclub. Ant Abbott has grown up surrounded by the diverse sounds of underground dance music in the heart of East London.With a rapid succession of tracks being signed to Roller Blaster Records, as well as remixes. ‘Work My Body’ is set to be released in early August & ‘Disco Dimension’ securing a place on an ADE VA album; it is clear Ant Abbott has used 2020 to escape the ‘bedroom producer’ title within just over a year of self taught production. Launching his career in spectacular fashion.4 years of deejaying has taken the tech house enthusiast from the small confines of his university bedroom to a residency at Lower Deck nightclub for a year, warming up recently for UKG legends Artful Dodger.As well as experience within the basements of Greenwich, Ant Abbott has presented a weekly show on the long running pirate radio station, Flight FM which graced him with a warm up set for the legendary House artist, Robert Owens.www.instagram.com/antabbottdjhttps://www.facebook.com/AntAbbottDJspotifyhttps://linktr.ee/antabbott This live streamed event is not something you want to miss !

For more information and to book tickets please click here