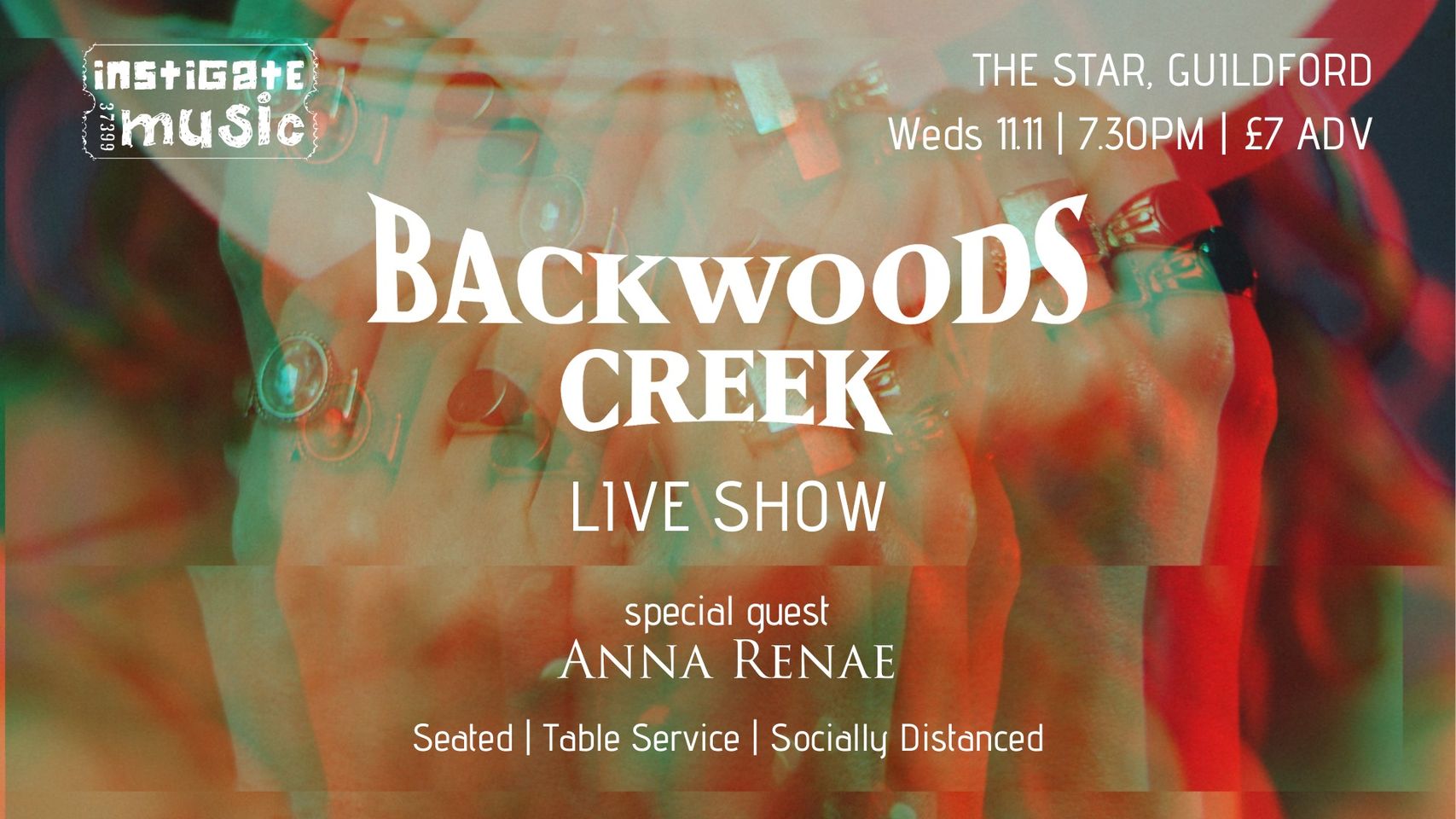 Call them whatever you want. From the heart of London town, Backwoods Creek bring something to the table most choose to shy away from. Unashamedly ready to make you sing, laugh and cry, this quintet are picking up the broken pieces of the world and putting them back together, one show at a time. Playing multiple sold out shows and festivals (such as AEG’s Country2Country and Manchester’s own Buckle & Boots Festival) whilst also receiving countless nominations at various UK award shows – going on to win the BCMA “Video of the Year” award for their single – ‘When I Grow up’. Singles, ’Coulda Been You’ & ‘On the Line’, both of which were well received and featured regularly on BBC radio and Country Hits radio.

Building on this success, the latest releases further establishes the band in the country rock scene, with their standout harder hitting sound. Quoted as being reminiscent of Zac Brown Band, Eagles and maybe just a hint of The Allman Brothers Band, Backwoods Creek are proving that you can be an authentic country rock outfit while being from the other side of the pond.

www.backwoodscreek.co.uk/betterdays Become a #CreekHead today!
With support from
Anna Renae
Anna Renae is a pop/folk singer-songwriter, weaving musical stories inspired by life’s complexities. Her debut album ‘Skin’ was released in March 2020, which has received wonderful reviews, has gained acclaim in songwriting contests, and has attained radio play around the world, including multiple plays on BBC Introducing. ‘Skin’ is available on all major platforms, and CDs can be purchased from the online store at www.annarenaemusic.com.
Facebook: www.facebook.com/annarenaemusic
For more information please click here
+ Google Calendar+ iCal Export