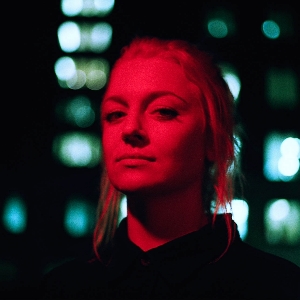 In 2019, Underhill’s second album ‘Avalanche’ came with a greater wealth of influences ‘I got really into My Bloody Valentine, Foals, Marika Hackman, Wolf Alice and a lot of female-led grungy guitar music,’ she says, with the album going on to gain support from Rolling Stone, Billboard, Complex, Radio X and gain syncs across numerous TV shows, including Netflix’s hit series ’13 Reasons Why’. In the build up to Avalanche’s release, Tusks supported Bear’s Den on their UK & European tour including two dates at the 2k capacity; London’s Shepherds Bush Empire before embarking on her own debut headline tour across the UK and Europe, including a number of sold out shows and a night at London’s prestigious Village Underground.

From that tour comes Tusks’ next release ‘Live At Village Underground’, out on 25th September on One Little Independent Records.